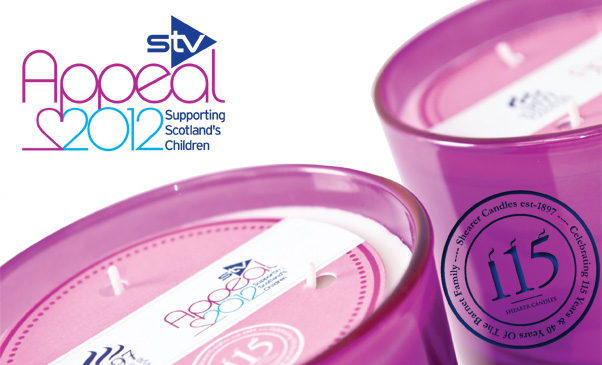 Shearer Candles, the UK’s leading manufacturer of lifestyle candles, is celebrating 115 years in business by creating 115 limited edition candles to raise money for the STV Appeal.

The family-run company designed the candles to mark its anniversary which will be sold exclusively at The Candle Store based at their factory in Govan from 17th August 2012. 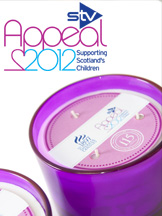 The specially made Fabulous Fig three wick candle is encased in glass coloured to match the STV’s appeal pink and purple logo.

The candle will cost £10 with £6 going straight to help Scotland’s most vulnerable children.

“We wanted to do something special to celebrate not just our 115 years of production, but it is also 40 years since the current family took over,”

“We felt that we had to do something different for this double celebration and we think creating the Fabulous Fig candles for the STV Appeal is the perfect way to commemorate these anniversaries.

“We have never made this scent before so it’s a real one-off. We have been so impressed by the efforts of the thousands of people who are raising money for the STV Appeal and we are delighted to be a part of that.”

About the STV Appeal

The STV Appeal 2012is committed to helping children and young people affected by poverty in Scotland. The STV Appeal was launched in 2011 by The Hunter Foundation and STV, and in its inaugural year raised almost £1.3m.  The STV Appeal spends 100% of the money raised by the charity on the kids who most need it.  Every single penny raised stays in Scotland.  And as in 2011, the Scottish Government has once again committed to match funding the total amount raised. 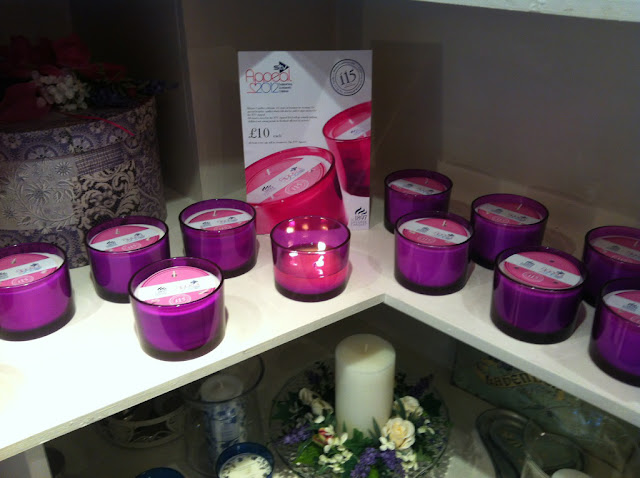 The Fabulous Fig candles for the STV Appeal will be on sale at The Candle Store, 23 Robert Street, Govan, Glasgow.

Be sure to visit soon before they sell out!